A Brilliant Genocide Streaming Until Feb 2020

Thanks to the African Documentary streaming network, Afridocs, our film A Brilliant Genocide is currently available and streaming for free until February 2020.

On this documentary platform, films are geo-blocked, only allowing viewers inside Africa to stream their content.

There are some incredible films and documentaries you can stream via Afridocs, so it’s definitely worth checking out if you don’t already know about the network.

Please help spread the word about A Brilliant Genocide’s final month online, and the free streaming opportunity via Afridocs!

This is the untold story of how an African dictator has been able to commit mass murder and still get a regular audience at The White House and 10 Downing Street. A Brilliant Genocide is a political expose and human rights documentary that details the untold story of suffering and an unrecognized genocide against the Acholi people of northern Uganda by the current Government, under President Yoweri Museveni, who has for decades been staunch ally to the west. 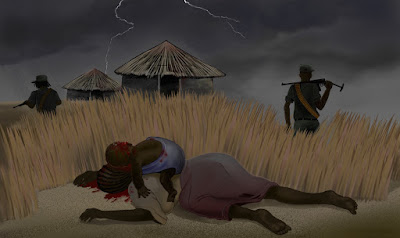 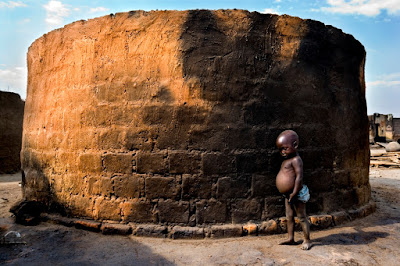 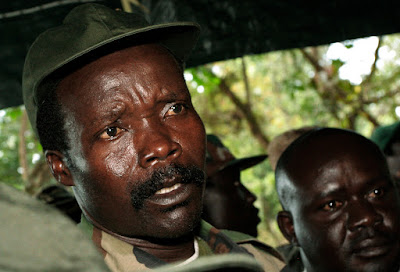 Posted by Atlantic Star No comments:

Bikes 4 Life​ volunteers came together recently to prepare over 1,000 bikes to donate for a new project in Pakistan with The Akram Foundation - TAF​, and for their ongoing work in Northern Uganda.


Columbia University's School of International and Public Affairs will screen the powerful documentary A Brilliant Genocide which exposes the true story behind the rise of the brutal warlord Joseph Kony and the Ugandan government's brutal campaigns against the Acholi people. The one hour film will be followed by a panel discussion featuring:
Helen C. Epstein, whose Another Fine Mess: America, Uganda and the War on Terror explores the US relationship with Uganda’s Yoweri Museveni and his involvement in five violent conflicts that erupted shortly after the fall of the Berlin Wall in the Horn and Great Lakes regions of Africa. She teaches at Bard College and Columbia's School of Public and International Affairs and writes frequently for the New York Review of Books and other publications.
Ogenga Otunnu, an Associate Professor of History at DePaul University whose two volume study, Crisis of Legitimacy and Political Violence in Uganda (Palgrave 2016,2017) is the only academic work covering Uganda's entire history. He is an expert on the causes and consequences of forced migration, humanitarian emergencies and Africa and Black Diaspora studies.
Milton Allimadi, who teaches at John Jay College of Criminal Justice and is publisher of Black Star News. He comes from Uganda and appears in A Brilliant Genocide.
Date:
October 4, 2017 - 6:00pm - 8:00pm

Worldwide TV Broadcast of A Brilliant Genocide This Weekend Only

The first broadcast starts in 1.5 hours from now!

Please check www.rt.com/schedule for updates over the weekend to confirm our airing times.  All times are in GMT! You can watch live from the website or phone app, or on Cable / Foxtel on the RT (Russia Today Global News Channel).

This is the last opportunity to see this film on worldwide TV. Don’t miss out.

Watch on live streaming here if you don't have cable TV:  https://www.rt.com/on-air/ 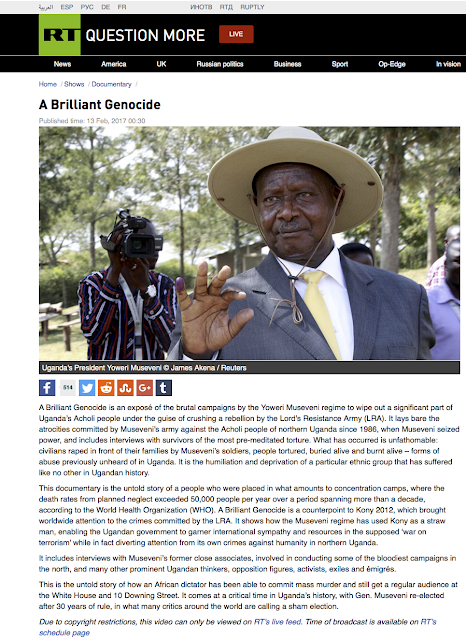 A Brilliant ‪Genocide‪ is screening tonight at the Beloit International Film Festival, Wisconsin!

If Beloit is in your radar please try and attend, as we would truly love to share this important, and largely untold story with you!