ONE WORLD ARTICLE: Uganda government accused of 'the perfect crime'

A documentary accusing President Museveni and the Uganda army of genocide against the Acholi people in the north is being used to lobby for an end to US aid to Uganda.

A Brilliant Genocide argues that Museveni exploited atrocities by a rebel group, the Lord’s Resistance Army (LRA), as a cover for his own “reign of terror” against the Acholis.
The film’s website carries a petition asking the US President to cut arms supplies and non-humanitarian aid, to ensure Museveni and others face justice, and to use sanctions and diplomacy to force the Uganda government to compensate victims of army violence.

“We must address how to resuscitate [this culture] gather the pieces – a Marshall Plan is not big enough for Acholiland today,” he said.

The crisis had been written about and been the subject of reports, but all had been “studiously ignored and brushed under the carpet”.

Director Ebony Butler has said that she started making a film about Joseph Kony, the LRA and the use of child soldiers in 2009 but “along our six-year journey we found some completely untold ‘hidden’ stories that we felt were even more important to bring to light …”

Those responsible for these massive human rights abuses were still in office today, she has written, and continue to enjoy “complete impunity for their crimes”.

Why the title? As an interviewee in the film says: “No food, no hydration, sexual violence from the soldiers who were meant to protect them. That’s why this was a ‘brilliant genocide’ – a silent genocide: perfect crime.” 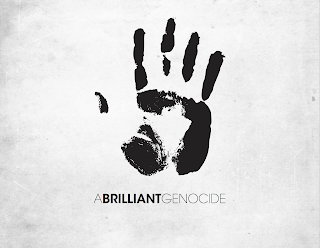